On April 7th, 2014, the City of Sydney, Australia approved a Green Roofs and Walls Policy. The Policy will be carried out by the Strategic Planning and Urban Design Committee of Sydney. A three year plan, its main goal is to raise awareness of the importance of green space in urban areas as well as promote the implementation of potential green roofs and walls. 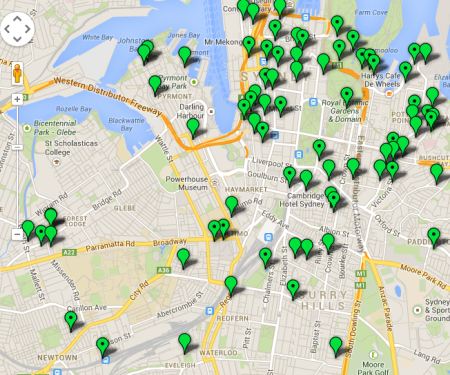 Suddenly we see a lot of renderings and some actual project, that should be revisited in a few years. Still a long way to go and I hope they don’t reinvent the wheel as seen in North America!

Sydney is already in the lead of the green revolution in Australia, with a total of 83 green roofs and walls throughout the city. In addition, 50-70 likely projects have been approved to construction and should be underway soon.The Green Roof Meadow at the Prince Alfred Park Pool is one of the largest in Sydney. Complete with 2,000 square meters of green space, including over 35,000 seasonal and native grasses. 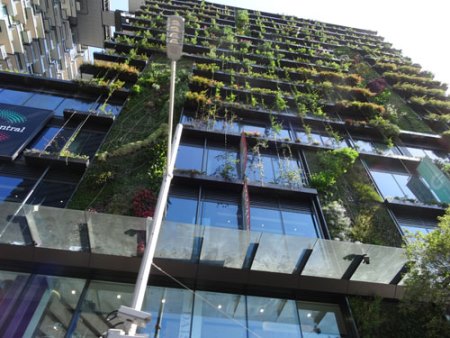 Looking upwards from Broadway. One Central Park Towers in Sydney

The city is also home to One Central Park residential towers, featuring the world’s tallest vertical garden at 33 stories. These gardens consist of 190 native Australian plants as well as 160 exotic species. Although it may not be the tallest for long – Shri Lanka is now in the running with plans to build a 46 story residential building, with multiple vertical gardens, proposed to be completed by the end of 2016. 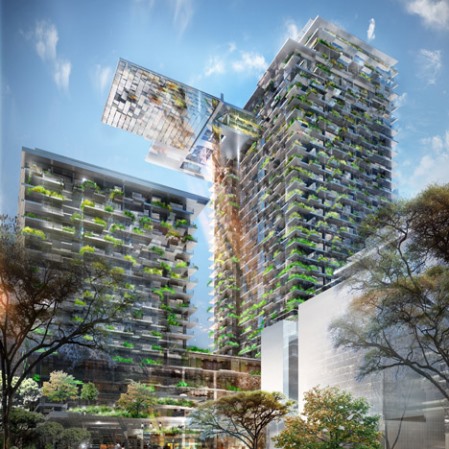 One Central Park Towers in Sydney

Lucy Sharman, Sydney’s Green Roofs and Walls Senior Project Officer explains, “With higher-density living and a growing population, we need to accommodate people in a healthy way and use urban space as wisely as possible.” And it seems that advocating for a greener city is working. “We receive more than one development application each week for a green roof or wall,” says Sharman.

The Green Roofs and Walls Policy isn’t their only attempt to create a cleaner and healthier environment. The city has been working on many movements, such as 202020. Working towards 20% more green spaces in urban places by the year 2020.

Update 2021, Jörg Breuning: Still a long way to go – why doing the same mistakes I saw over the last 15 years in the USA? I was hoping for more expertise in Sydney, Australia. 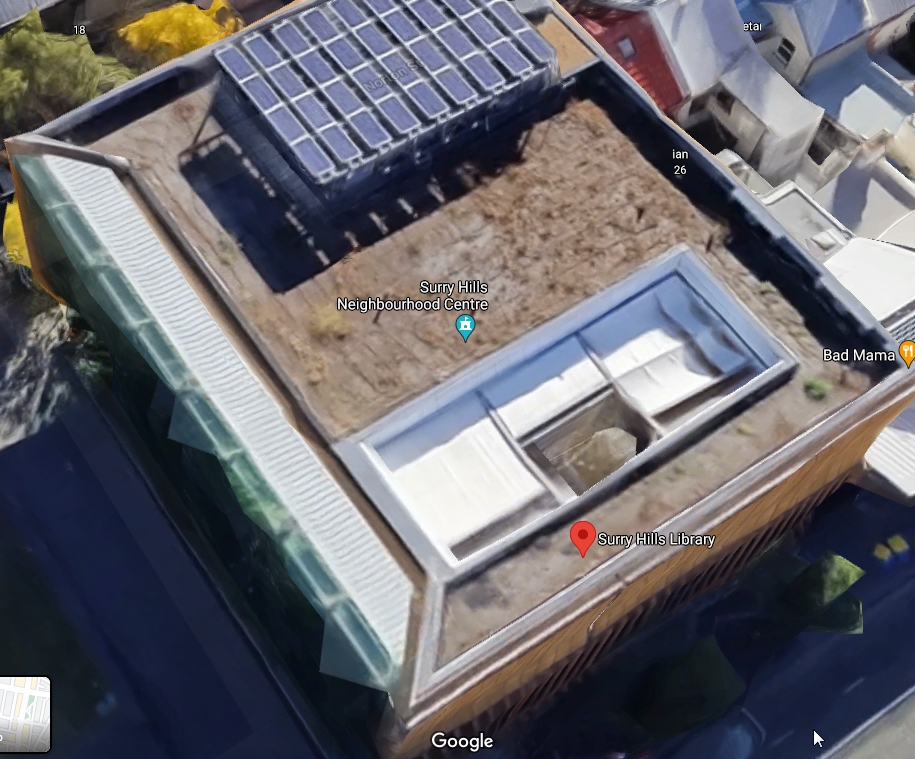 Surry Hills Library often promoted but not done with the passion and expertise you would have expected from Sydney.