In Southeast Asia. one island-city is rising above the rest. Singapore has been working on a greening blueprint of the city since 1992. Their ultimate goal: to evolve into a city within a garden! With approximately 272 square miles and 4.6 million people, the biggest challenge faced is space.

With 148 acres of vegetated roof space, Singapore has already made it a priority to promote green space. Careful planning has helped to conserve 9% of their total land mass to parks and nature reserves. In 1986, only 36% of Singapore was green space, compared to almost 47% known today. 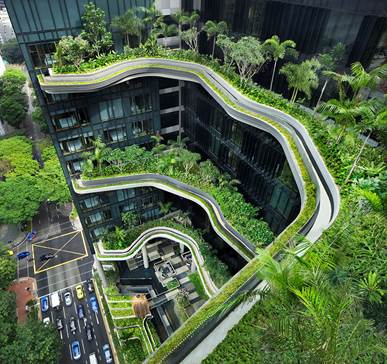 Singapore has already made it a priority to promote green space.

The Parkroyal Hotel, opened earlier this year, is covered in green roofs and walls. Totaling 15,000 square meters of green space all together. 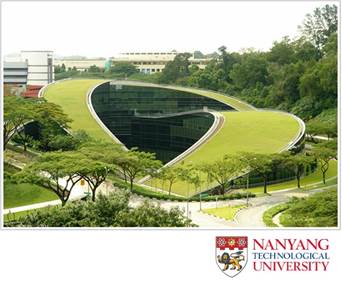 The School of Art, Design and Media at the NanYang Technological University in Singapore sports a curving green roof, giving the building a sleek look. As buildings continue to green, Singapore will grow closer to their goal of becoming a garden with a city nestled inside rather than a city with a few gardens.

Many companies have been involved with the green in of Singapore. To name one:

KlimaRoof has been in the building and construction industries since 2013. A partner of Green Roof Technology, they have been focusing most of their time on skyrise greenery.