Over more than 6 (six) decades Green Tracks are popular through out Europe in dense urban areas. They are a fantastic tool to mitigate stormwater issues, to reduce noise and certainly to beautify their integration. Green light rail tracks demonstrate environmental responsibility and they value their customers by making things nice, green and beautiful. Today there are over 500 miles of Green light-rail tracks in Europe.

The living green layers within and around the tracks reduces the noise and absorbs stormwater. Thus, reducing combined sewer overflow. Modern track systems are typically Ballastless Tracks or Slab Track systems. Basically, a traditional elastic combination of ties/sleepers and ballast is replaced by a rigid construction of concrete or asphalt. Because such systems are ideal for greenery, it is even possible to create additional stormwater retention and detention from surrounding impervious areas with the system.

Already, in 1995 Green Roof Technology filed patents for greening systems on Ballastless Track systems. Currently there are around 300 miles of green tracks in Germany alone. As a result, these tracks eliminate at least 150,000 gallons of water per years from entering the combined sewer system.

In North America, Baltimore started with some experimental Green Light-rail Tracks in 2011 insisting on Sedum mats. The testing was less promising because Sedum mono-cultures are not a good choice for most green light-rail track system. Unfortunately the advice from Green Roof Technology using a smart mixtures of grasses, herbs and wildflowers was not heard. Some call it learning by doing - well - they just don't do it anymore.

The "funny" part is that in almost all American cities there is a Light Rail line called "Green Line". In contrast, in Europe Light Rails have number and no color code. 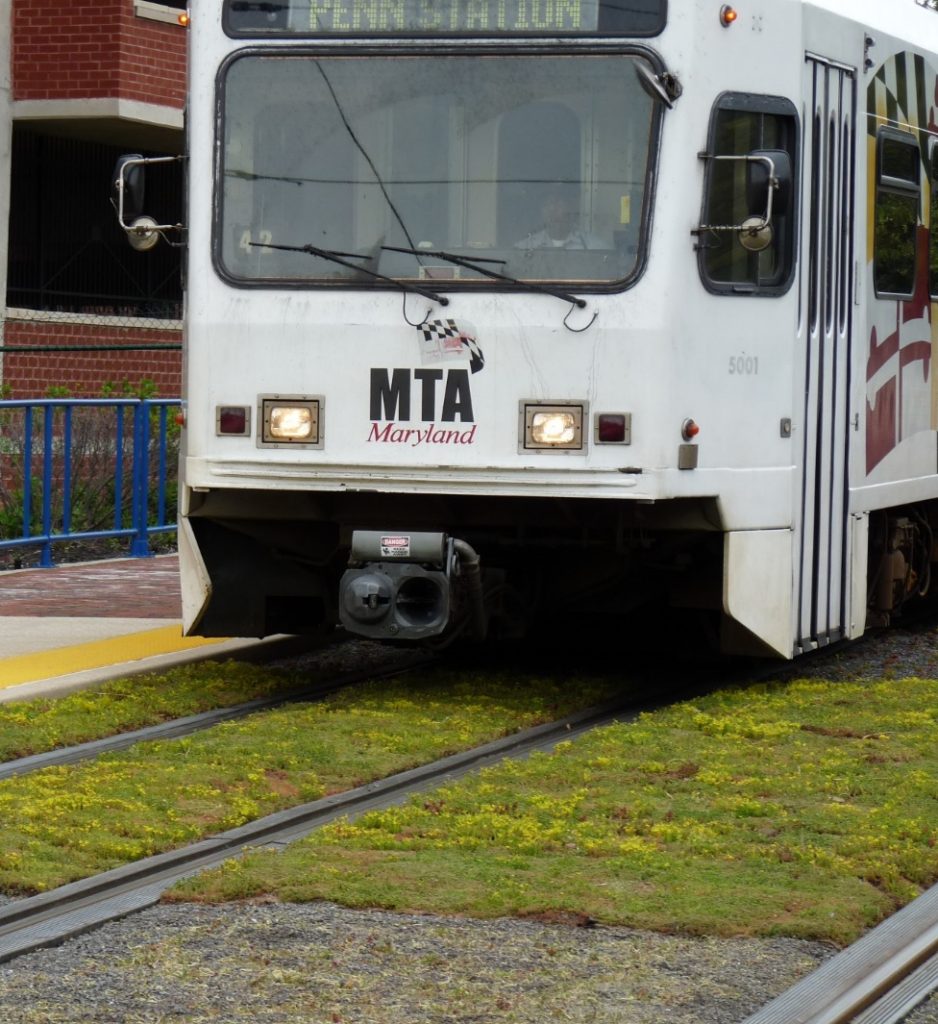 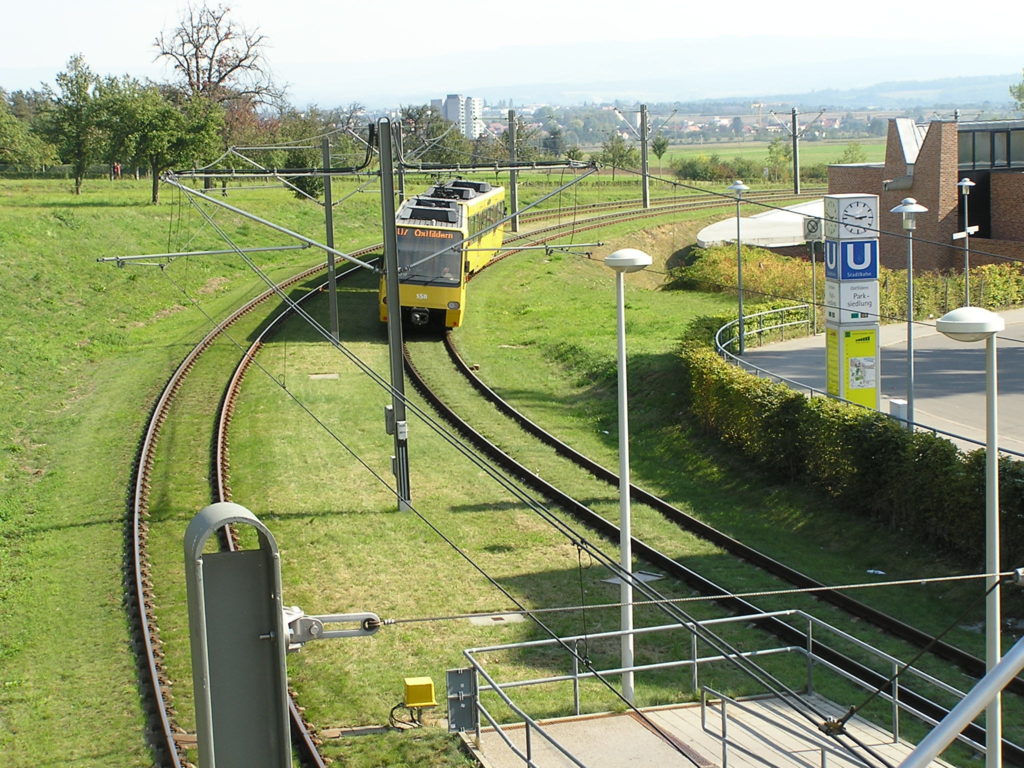 The world's first greening of tracks was done in greater Berlin, Germany in the 1900's. Of course, special railway bodies for trams/light rail were built and then typically seeded with grasses. In short, many photos from this time show that green light-rail tracks were widespread in the inner city area. Fore example in Berlin on Hardenbergstrasse, around the Kaiser Wilhelm Memorial Church, on Tauentzienstrasse, and on Kurfürstendamm. As a result as early as 1916/1917 there were approximately 37.5 km of grass/green light-rail tracks. This was 100 years ago!

However, the average speed of trains continuously increased (currently at 180 miles/hour). Additionally, the aerodynamic design of trains improved consistently. As a result trains produce extreme uplift forces on vegetation, over Hurricane speeds. Consequently, The development of Green High-Speed Tracks was stopped around 15 years ago. 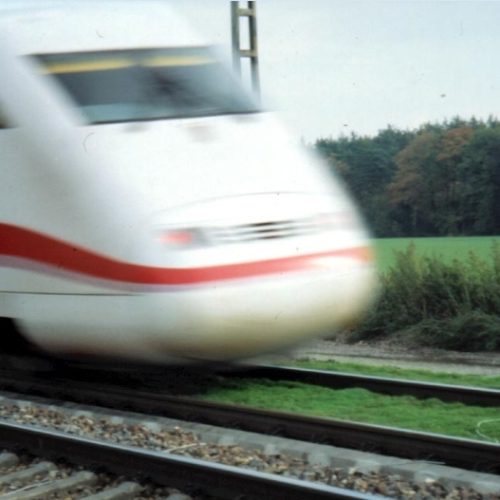 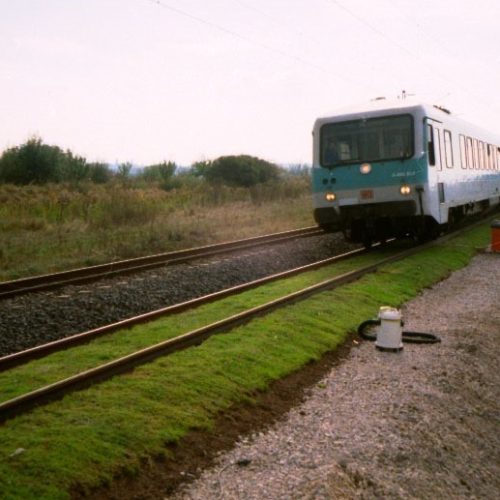 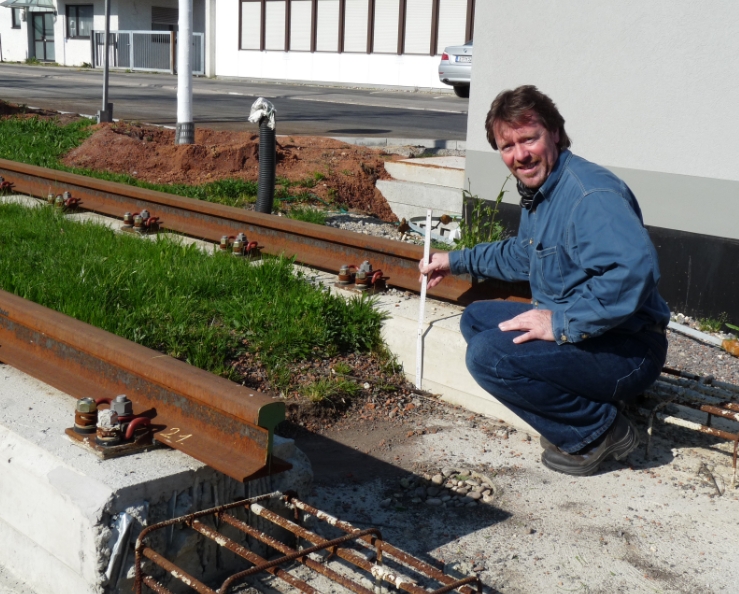 There is no need to reinvent the wheel, because it exists in many climate zones. Therefore, a collaborating with Green Roof Technology brings your project up to speed.