Does this ever happen in North America? 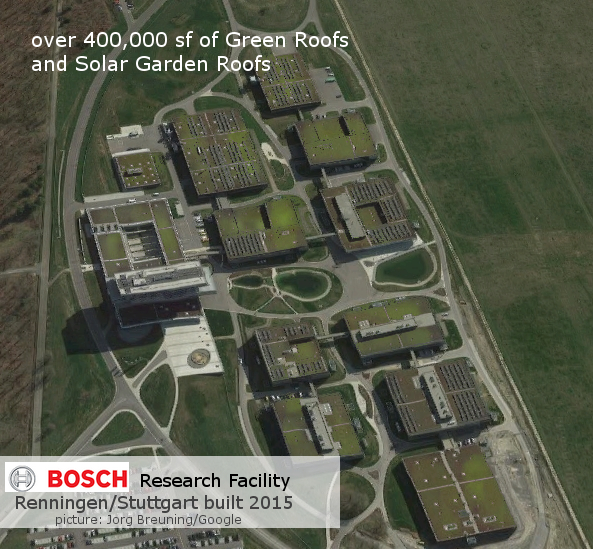 While Germany has at least 9-10 times more Green Roofs – Can the USA catch up?

Despite higher energy costs and taxes in Germany, the costs for the installation are lower.

Because in Germany they build them in less than the half time, with fewer people, with hardly any middle men (from roofing), without pre-planted plastic boxes, and without consistently reinventing the wheel.  They don’t try to sell roofing warranties – they are actually installing Green Roofs. They also spend no or less time posting their projects on all social platforms and don’t need to say this is the biggest, nicest, most divers, highest or any other superlatives. Common sense?

Germany just does it because they understood the environmental and social benefits of Green Roof in mass production instead of trying to grow one carrot in a city for millions of people just to be on TV. Green Roofs in Germany are done for everybody vs. in North America it is often done for personal vanity.